Voices from the past: 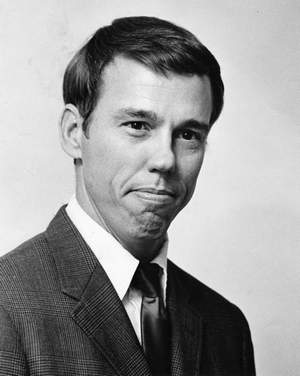 Denny Abbott in 1971, when he was chief probation officer for family court in Montgomery.

Denny Abbott has been in south Florida for nearly four decades, but the segregated Montgomery that was his home for more than 30 years is never far from his mind.

Nor are the five black girls who appeared at his office around 1968, who described nightmarish tales of sexual abuse, beatings and hard labor at a detention center that was meant to actually help children who’d gotten into trouble. Its effect, at that time, was quite the opposite.

Abbott was a probation officer for juveniles in Montgomery County in the 1960s, and as part of his job he transported black youths to the Alabama Industrial School for Negro Children at Mount Meigs. Or, as he writes, “it was my job to deliver black children to a slave camp on the outskirts of Montgomery, Ala.”

That sentence is the first in Abbott’s book, “They Had No Voice: My Fight for Alabama’s Forgotten Children” (with Douglas Kalajian, NewSouth Books, 2013, $17.95). The book is a dramatic memoir of the lengthy career he built fighting for the rights of children, both in Alabama and later in West Palm Beach, Fla.

But much of the book is set squarely in Montgomery, and though he didn’t know it at the time, the heartbreaking stories from those five black girls would set the course for the rest of his career. 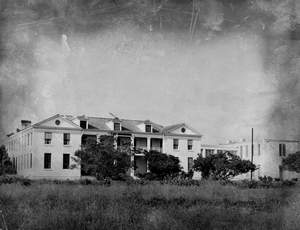 Alabama Industrial School at Mount Meigs was where black juveniles who had gotten in trouble with the law were sent to learn 'job skills' in 1965.

Denny Abbott speaks to a meeting of the American Psychological Association in Washington, D.C., in 2011.

Abbott frames his life story with chapters that recall the Alabama of the 1940s through the 1960s, which for many readers will be a poignant reminder of a difficult period in the state’s history.

With such efforts as the Montgomery Bus Boycott, the Capital City was thrust into the national spotlight as a hub of the civil rights movement. The young Rev. Martin Luther King Jr.’s career was shaped here.

Abbott was born and raised in this Montgomery, graduating first from Sidney Lanier High School and then Huntingdon College. As a newlywed and a new college graduate in 1961, he needed a job, and when he found an opening as a probation officer in the Montgomery County juvenile justice system, he took it. Two years later, he would be appointed chief county probation officer

In those jobs, he became well acquainted with Mount Meigs, shuttling black boys and girls there after they made their way through the juvenile court system in Montgomery County. White kids at the time were sent to “training schools” in Birmingham, which Abbott writes had a reputation for being clean and well run.

Mount Meigs, as he saw first-hand, was not. It seemed to him to be a microcosm of the Old South: Its dilapidated buildings were ruled by self-serving whites who forced the black children who were sentenced there to do backbreaking farm work, under the guise of teaching them “job skills.”

Over the next several years, Abbott would hear numerous stories of abuse and mistreatment of the children at Mount Meigs. His own observations confirmed those stories.

And then, there were the five black teenagers who came to his probation office. All had scars and bruises. All had been detained at Mount Meigs.

“After I talked with those girls that day, I went home that night to my kids, in a nice home with parents who loved them and protected them and cared about them,” Abbott said in a phone interview last week from his south Florida home. “Those girls who were in my office, those could have been my kids. There is no difference.

Taking the matter to court

After years of following the path of bureaucracy and filing complaints about Mount Meigs — and getting nowhere — Abbott knew he would have to take a stand. And a big one.

He found a willing helpmate in a lawyer named Ira De Ment, who’d also heard the stories of mistreatment at Mount Meigs through the defendants he represented in detention. They decided the only route toward meaningful change would be through a federal lawsuit; state court was not an option. The state, after all, ran Mount Meigs.

The suit was filed Jan. 22, 1969, seeking relief from ongoing violations of the constitutional rights of five boys detained at Mount Meigs. But it was also an indictment of the state’s segregated juvenile justice system in general.

His involvement cost him a suspension at his job and ostracism from neighbors and shopkeepers.

But the state was forced to investigate the claims at Mount Meigs, and in the face of federal intervention began cleaning up the facilities within months. State officials ended the “farm program,” hired an educated and trained staff, added real vocational programs and set strict guidelines for corporal punishment. Mount Meigs also was desegregated.

Federal Judge Frank M. Johnson, who went on to become of the country’s most admired jurists, signed off on the order.

In the years that followed, Abbott would make his first and only run for office — for public affairs commissioner in Montgomery. After meeting with black power brokers, who expected Abbott to make a sizable donation to their coffers, he realized that political life was not to be. He finished fourth in a field of seven.

Abbott went on to file another federal lawsuit, one that challenged segregation in Alabama orphanages. He details that struggle in the book as well. His actions wound up costing him his job as a probation officer, but the state’s private orphanages eventually integrated.

By this time, in the early 1970s, Abbott knew he would have a tough time finding work in his field in Alabama. So he set his sights nationally, and when he got a call from south Florida, he jumped at the chance. There he ran, and worked to improve, juvenile detention centers for the Florida Department of Children’s Services.

He went on to become executive director of a nonprofit group called Child Advocacy Inc., and then worked with John Walsh to create the Adam Walsh Child Resource Center Inc. as that group’s national director. Walsh’s son, Adam, was abducted and killed in 1981, and Walsh and his wife went on to become tireless advocates for missing children. He is best known as the host of the longtime TV show “America’s Most Wanted.” Walsh also wrote the introduction to Abbott’s book.

His work with Walsh earned him some national recognition as an expert on issues facing children in trouble. He went on to begin working with victims of crime, and in that capacity he befriended and counseled Patricia Bowman, who accused William Kennedy Smith of raping her in 1991. Smith was acquitted of the crime, but Abbott’s work with Bowman convinced him that victims of rape needed protection, just as those children working the fields of Mt. Meigs did.

Now retired and in his 70s, Abbott wanted to chronicle his life and work for the sake of his children, who were in elementary school at the time of the federal lawsuits, and his grandchildren.

He found that he remembered the events pretty well, but the research process was helped by the six full boxes of newspaper clippings he’d kept over the years. He worked about six years on the book, first with writers from the University of Georgia who shaped the organization of the book.

But his friend Walsh read the manuscript, and told Abbott it read more like a term paper than a book. So Abbott hired Douglas Kalajian, a career journalist, who helped humanize the story. The book is very readable, filled with relatable experiences and memories; its descriptions of Montgomery will ring familiar with readers who’ve lived in the city during any time period.

Today, he doesn’t get back to Montgomery often. He did visit an aunt in Autaugaville last year, but by and large his family and friends here have either moved away or died.

His time is now spent promoting the book, through speaking engagements near his home and on his website. He’d like to travel and market the book — several libraries in Alabama have asked him to visit — but the cost of traveling is prohibitive.

He’s met with a couple of film producers in hopes of moving the story forward. Walsh sent the book to Oprah Winfrey, and he’s trying to get in contact with filmmaker Tyler Perry. He hopes to snag interviews on radio to gain wider exposure for the book.

But making sales, he said, was never his primary goal.